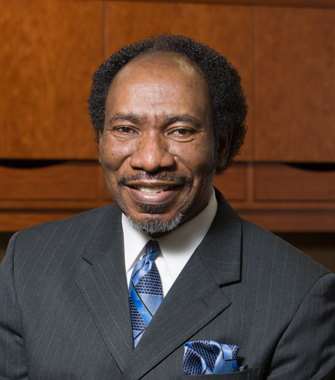 As dean of the School of Social Work, Daniels advanced interdisciplinary scholarship and social justice through the development of new degrees, endowed professorships and a research center. During his tenure, the school created dual social work degrees in law, public health, and divinity—each one a first for the state of Georgia. He also promoted the endowment of two professorships: the Donald L. Hollowell Distinguished Professorship of Social Justice and Civil Rights Studies—the university’s inaugural distinguished professorship named for an African American—and the Georgia Athletic Association Professorship in Health and Well-Being. In addition, Daniels ushered the creation of the interdisciplinary Center for Social Justice, Human and Civil Rights.

Prior to becoming dean, Daniels served as associate dean, director of the Master of Social Work degree program, and director of the Patricia Roberts Harris Fellowship Program at the University of Georgia. He is the author of various scholarly articles and national conference papers focusing on civil rights and social justice issues and principal investigator of several extramural grants.

Honored by professional and community-based organizations repeatedly for his research, teaching and service, Daniels is the recipient of the Georgia Historical Records Advisory Council’s Award for Excellence in Research, the Georgia Chapter of the National Association of Social Workers’ Distinguished Social Work Practice Award and David L. Levine Excellence in Education and Ethics Award, Athens’ Economic Justice Coalition’s Dr. Ray McNair Economic Justice Award, Phi Kappa Phi Honor Society’s Love of Learning Award, Indiana University School of Education’s Distinguished Alumni Award, Athens Area Habitat for Humanity’s Outstanding Service Award, and the Athens-Clarke County Branch of the National Association for the Advancement of Colored People’s Freedom Fund Award. In 2004 the 113th General Assembly of the Indiana House of Representatives honored Daniels with House Resolution No. 74, which recognized his “accomplishments in the areas of civil and human rights and social justice.”

Daniels is also the recipient of numerous awards bestowed by his colleagues at the University of Georgia, including the President’s Fulfilling the Dream Award, the Institute for African American Studies’ Founders Award, the Center for Teaching and Learning’s Senior Teaching Fellowship, the School of Social Work’s Outstanding Research Award, and several Outstanding Achievement Awards from the Black Faculty and Staff Organization.

Daniels holds a bachelor’s degree in psychology, a master’s degree in social work, and a doctoral degree in higher education from Indiana University. In addition to his scholarly work, he is active in civil rights and social reform organizations. Daniels is a charter member and president of the Athens Association for the Study of African American Life and History (ASALH). He is co-founder of Athens Area Habitat for Humanity and the UGA Black Faculty and Staff Organization. Daniels played a key role in the establishment of the UGA Institute for African American Studies, Office of Minority Services and Programs (now the Office of Multicultural Services and Programs) and the Office of Institutional Diversity. Daniels is a life member of the NAACP, Association for the Study of African American Life and History, and the Omega Psi Phi Fraternity, Inc.

Daniels serves as a deacon in the Ebenezer Baptist Church, West, in Athens, Georgia.